Step and touch potentials are hazardous. During a fault situation, both workers on the ground and air need to be protected. 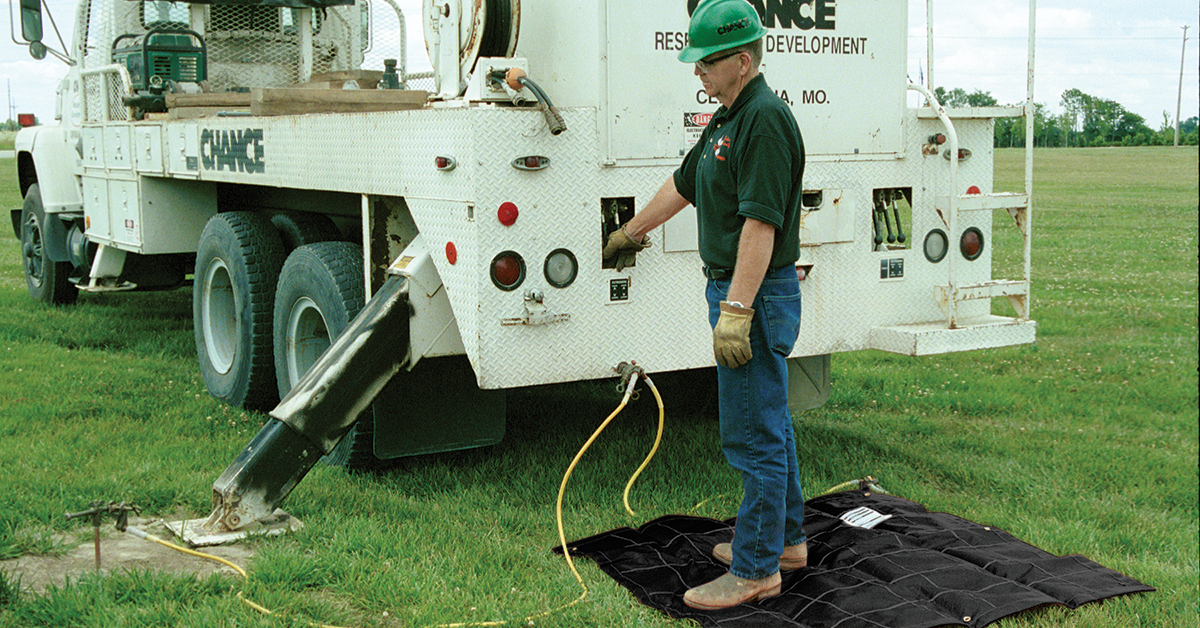 When overhead electrical line workers employ proper personal protective grounding practices they are usually protected from electrical hazards that might arise from working on de-energized lines and equipment. But, what about workers at ground level? How are they protected, and from what kinds of situations are they protecting? The answer is from hazardous differences in step and touch potentials.

If there is a connection to earth during any high-current fault, a hazardous voltage exists at or near the ground. Current flowing through a resistance creates a voltage drop. Therefore, if a "grounded" object, such as a digger derrick truck, pole, or de-energized and grounded power line, has a ground fault flowing through it, a potentially hazardous voltage is created on that grounded object that can expose a worker to harmful current. 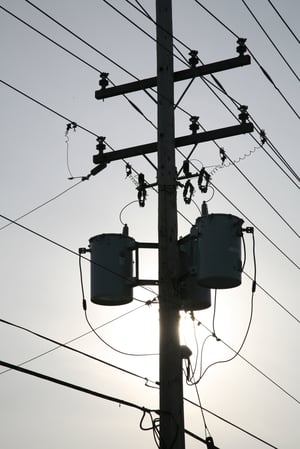 Step potential is the voltage difference between the feet of a person standing near a grounded object that becomes energized. A person could be at risk of injury during a fault simply by standing near the object. The voltage drop is non-linear with respect to distance from the current’s point of entry into the earth. Much like dropping a pebble in a pond of water, the voltage gradients will dissipate like the ripples of water from the point of entry. A rough rule of thumb is that the voltage will half for each 3-foot distance from this point. (The actual amount of voltage will vary based on different soil conditions.)

There are several methods to protect ground level workers from hazardous step and touch potentials, such as equipotential zones, insulating equipment and restricting work areas.

First, an equipotential zone will significantly reduce the exposure of workers from hazardous step and touch potentials. This technique has been used by utilities for many years where grids or grillages buried under substations or beneath overhead-switch operating handles have been permanently installed and cannot be moved between worksites.

A convenient temporary way of obtaining an equipotential zone is the use of the CHANCE® Equi-mat™. This portable ground grid is a grillwork of flexible copper braid, which crisscrosses and encases the perimeter of the durable mat. It is placed on the ground at a worksite and then connected to the de-energized system component that could become accidentally re-energized. A separate connection must be made as a low resistance fault current return path between the system and ground. The mat is not meant to carry fault current. Therefore, the two connections should be parallel in order to keep the voltage across the worker at a low value, establishing an equipotential zone.

Second, insulating equipment, such as CHANCE® rubber gloves, can protect employees handling grounded equipment and conductors from hazardous touch potentials. The insulating equipment must be rated for the highest voltage that can be impressed on the grounded objects under fault conditions (rather than for the full system voltage).

Third, restricting employees from areas where hazardous step or touch potentials could arise can protect employees not directly involved in performing the operation. The employer must ensure that employees on the ground in the vicinity of transmission structures are at a distance where step voltages would be insufficient to cause injury. Employees must not handle grounded conductors or equipment that could become energized to hazardous voltages unless the employees are within an equipotential zone or protected by insulating equipment.

Remember: Step and touch potentials are hazardous. During a fault situation, both workers on the ground and air need to be protected. 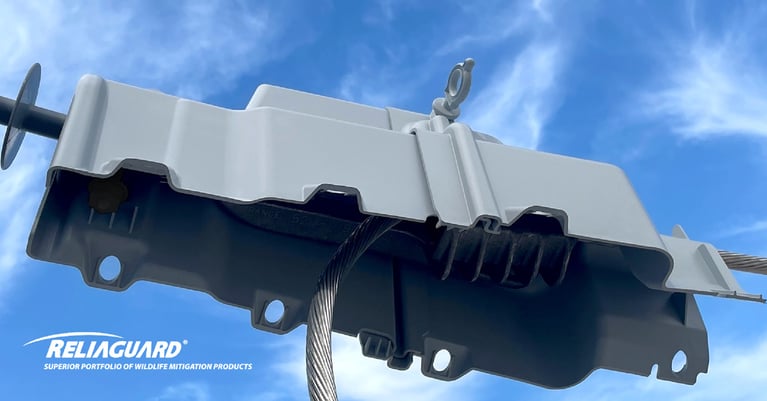 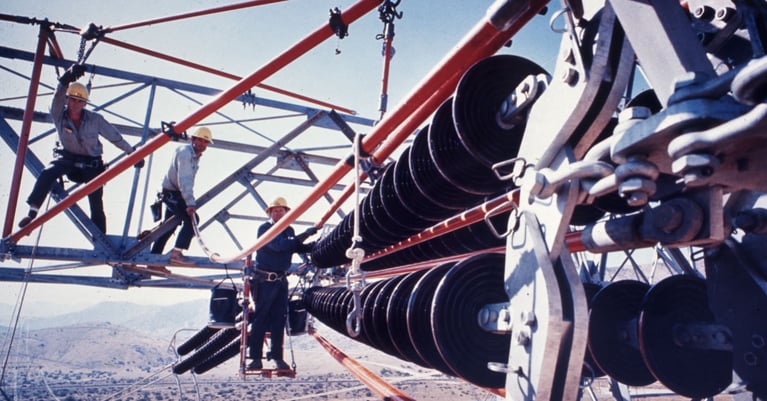 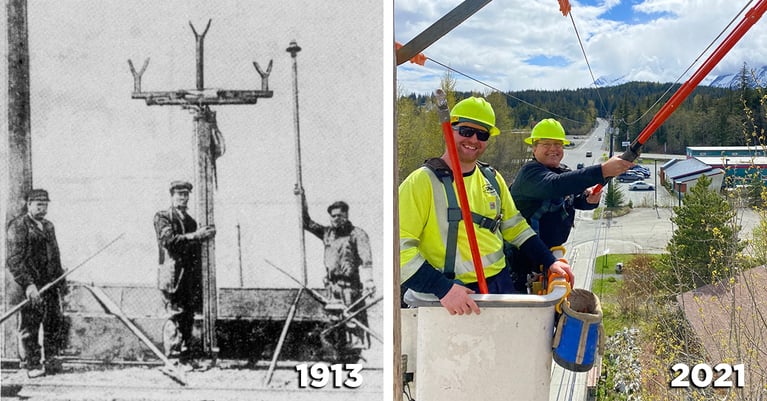