Learn how Geotechnical Engineers use valuable jobsite data to validate their recommendations for deep foundations.

The Reality
A recognized challenge for geotechnical engineers designing deep foundations is utilizing information on subsurface soils from a finite number of subsurface explorations (e.g., test borings with Standard Penetration Test sampling).  If the geotechnical engineering consultant that was hired to coordinate and report on the explorations performs their work within the standard of care, the number of explorations performed at the site is appropriate and useful for characterization of a site’s soil profile.  From a well-coordinated subsurface exploration program, a geotechnical engineer is able to develop a representative understanding of the composition and strength of subsurface soils (including rock and obstructions where present) at a site.  It’s no mystery that SPT boring logs per ASTM D-1586 are routinely used in the design of deep foundations, especially considering the many empirical correlations between SPT blow count and engineering properties of soils that have been established since the test method was standardized in the mid-1950s.

However, the geotechnical engineer that develops a helical pile design is not limited to evaluating the adequacy of the design only before construction takes place.  For several decades, helical pile manufacturers have advocated the use of correlations between a helical pile’s installation torque and its ultimate (“as-installed”) capacity – based on the analysis of data from hundreds of static load tests performed on helical piles where installation torque was measured.  Analysis of such load test data enables the reviewing engineer to determine if the tested pile has an ultimate capacity greater than what is required. This data can also be used to determine the allowable design load, considering pile deflections that meet or exceed established limits during testing.*

For example, a helical pile designer may state an anticipated depth (or elevation) at which the pile should develop its ultimate capacity.  If the data from such a program (i.e., test borings) suggest the pile will have the required bearing capacity at 25 feet below existing grade, it should not be a serious design concern if the pile achieves its correlated installation torque at a depth of 22 feet or 28 feet instead.  The installation torque observed and recorded during helical pile installation should be used as a means of generally validating the results of the subsurface exploration program.  Ideally, the helical pile designer could be made aware of the depths/elevations at which the piles achieved their installation torque – namely for the first helical piles installed on the project.  This gives the design engineer and the installer an early opportunity to discuss whether those depths/elevations are reasonable and satisfy the design engineer’s expectations, prior to the installation of the remaining piles.

The Opportunity
While there are no strict guidelines on what is an acceptable difference is between the design engineer’s anticipated design depth and the depth the pile truly achieves its installation torque, it is reasonable to say that there are some limits to passably meet with the designer’s expectations during the design phase.  If several boring logs suggest the pile’s design bearing elevation is anticipated to be approximately 35 feet below existing grade in a dense to very dense sand, additional evaluation may be warranted if most piles at intermediate locations achieve their installation torque at a depth of approximately 20 feet.  While the pile may very well perform just fine at that shallower depth, it is apparent the geotechnical engineer had a different understanding of subsurface soil conditions as depicted by the boring logs.  This is not a reflection of a poor subsurface exploration program or poor reporting, either.  It just may be that a dense/stiff, suitable bearing layer was not encountered at the test boring locations at this shallower depth.  Additional exploration may be warranted to explore the reason for achieving installation torque significantly shallower than what had been expected (e.g., soil profile changes, unanticipated obstructions); and/or static compression load testing can be performed to evaluate the pile’s performance at this shallower depth.

Designing helical piles – or any deep foundation type – is interesting and engaging, as it almost certainly involves characterizing the properties of subsurface soils that are not visible from the existing ground surface.  However, helical pile designers and installers should consider the important “feedback” on soil conditions that exist during helical pile installation, in the form of the torque observed during their installation.

​Not everything that can be learned about the soils at a project site come from test borings or test pits prior to construction.  When designing in soils I’ve never seen, touched or explored everywhere across the site, I’m happy to obtain anything that tells me a little bit more about the soils than I knew before – even if that comes during pile installation.

* Note: 1.ICC-ES AC358 Acceptance Criteria for Helical Foundation Systems and Devices considers a helical pile’s maximum load capacity to be that at which the pile deflection exceeds 10 percent of the average helix plate diameter. 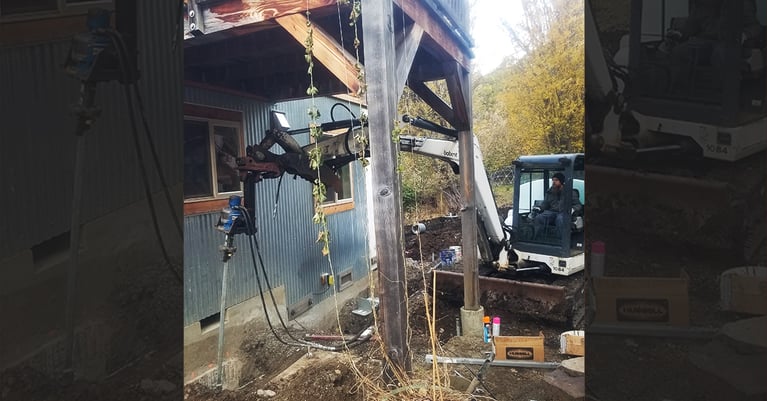 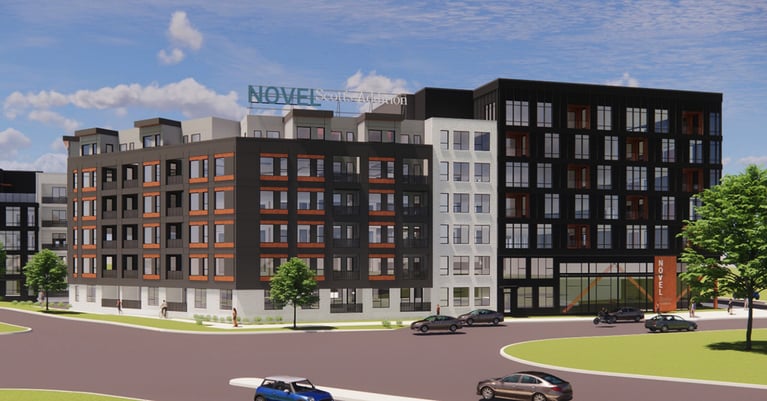 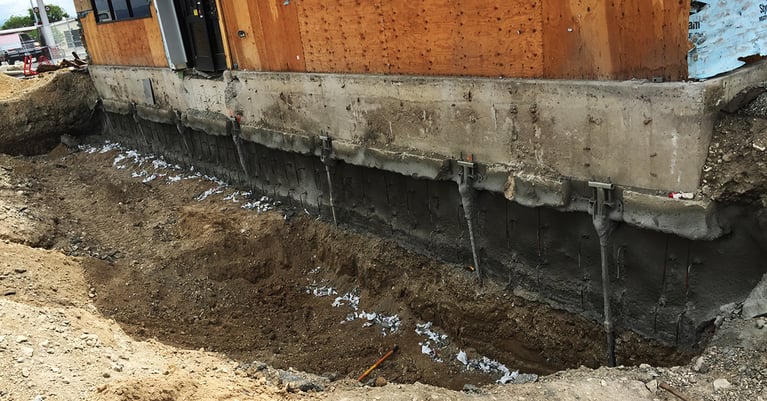